Which tools of participation and collaborative planning are most promising in the knowledge-based city of the future? How can building projects of the public sector, businesses and citizens succeed on the basis of fruitful cooperation? IBA_LAB N°4 on 11 and 12 October 2016 was about new communities of responsibility in cities.

Together with the Hans Sauer Stiftung, IBA Heidelberg organized the fourth IBA_LAB under the heading "The Co-produced City". Experts from Germany, Austria, the Netherlands and the USA, from the fields of architecture, urban design, business and science presented new strategy concepts. Prof. Klaus Selle, Chair of Planning Theory and Urban Development at RWTH Aachen University, was the keynote speaker.

On the conference day, First Deputy Mayor Jürgen Odszuck welcomed the guests with an introduction on Heidelberg. Specific examples were discussed in the following panels of the day: Tobias Armborst of Interboro Partners from New York presented diverse analogue approaches to participation within the framework of a new master plan for the city of Cambridge. Gesa Ziemer from the Digital City Science Lab chose the opposite approach: She develops digital tools which citizens can use to discuss their city. 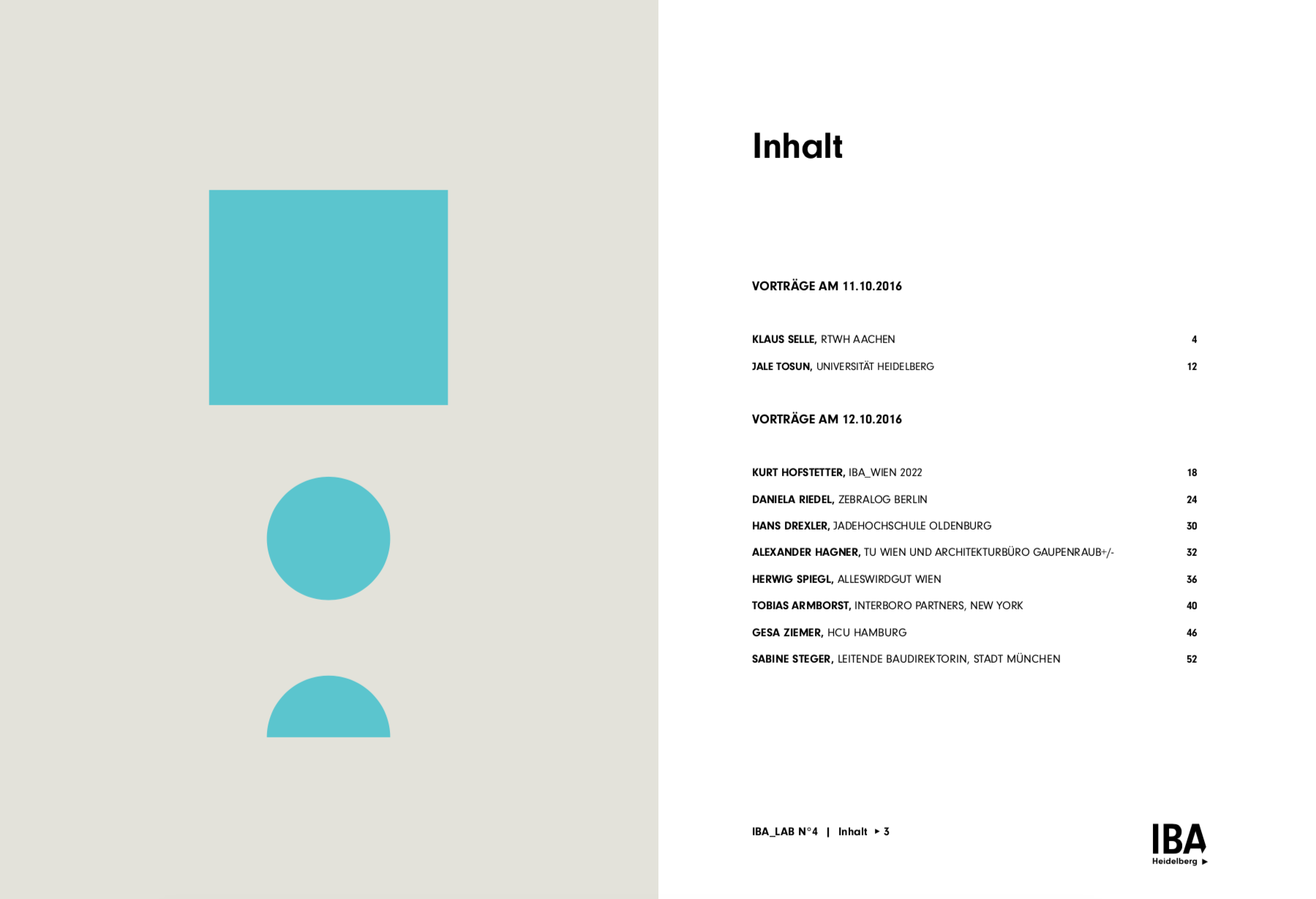 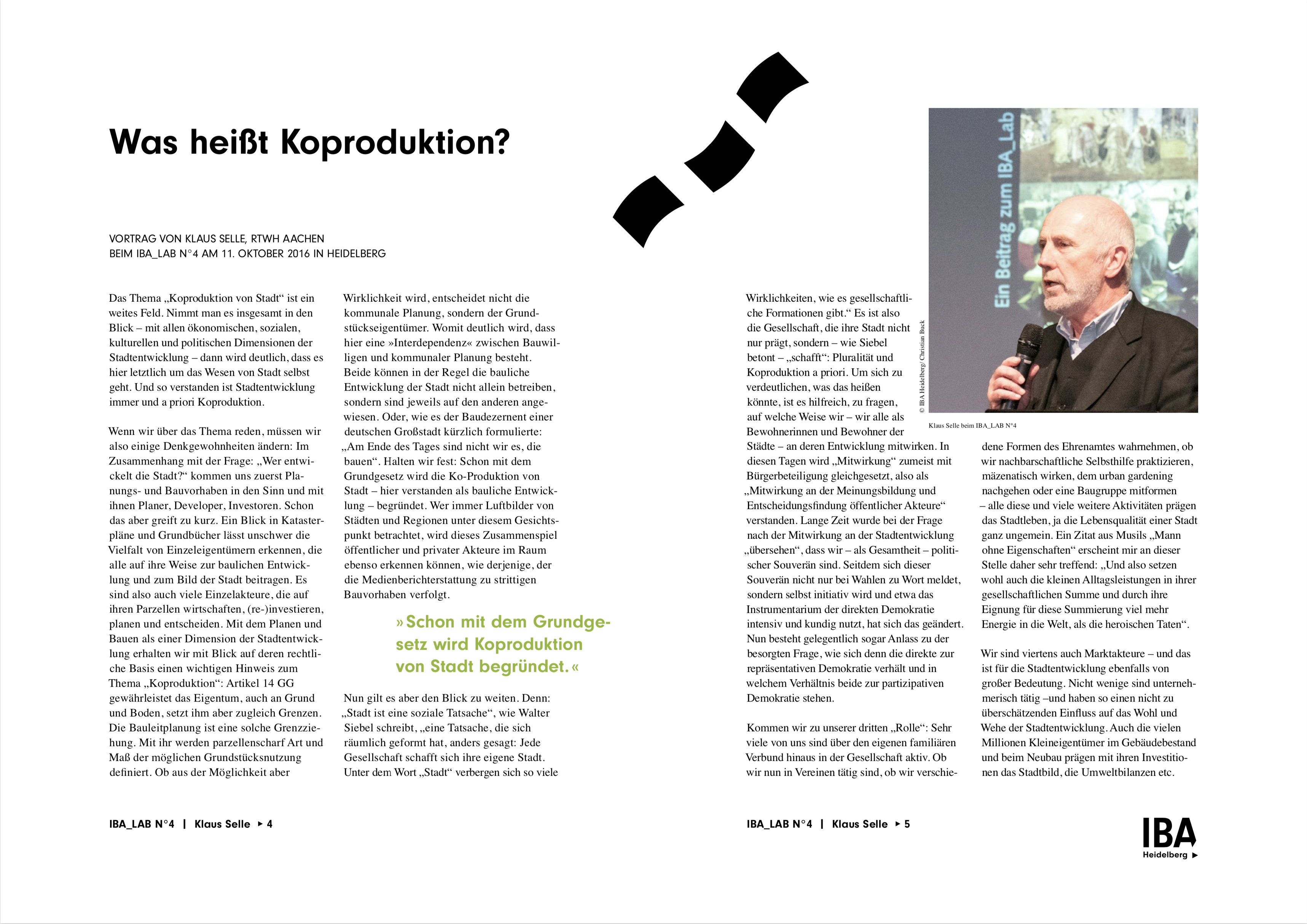 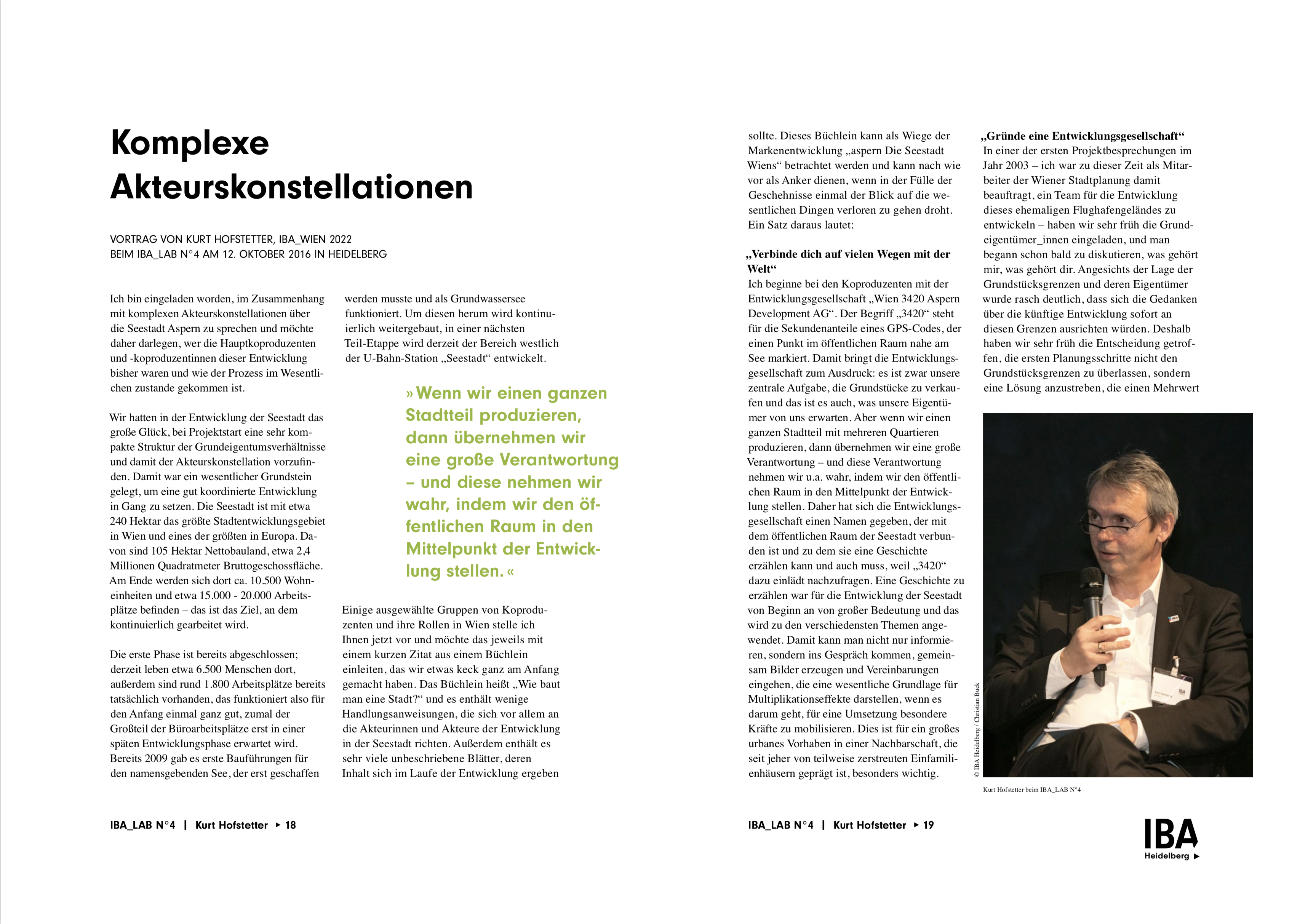 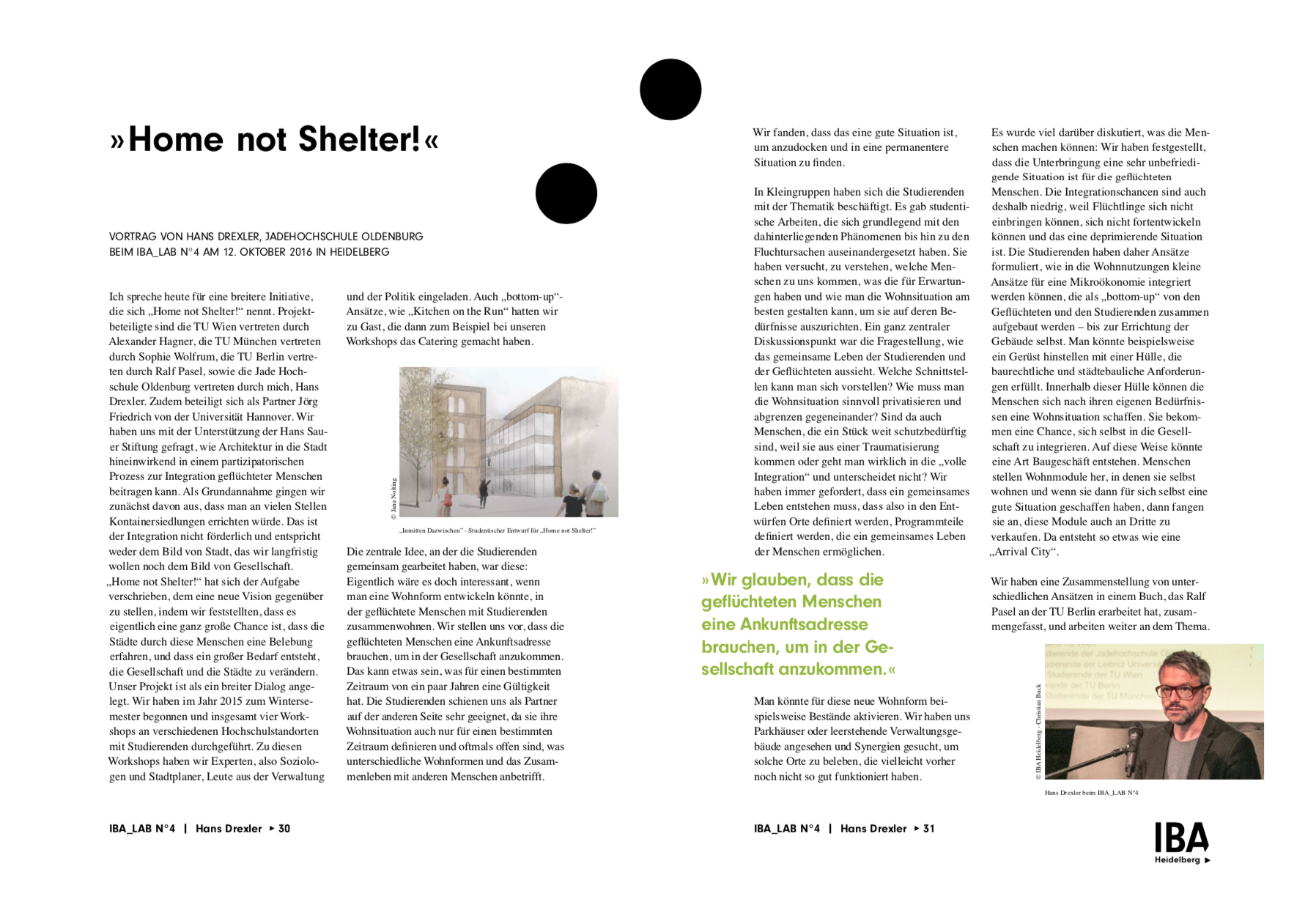