Initiative for an agricultural park, Heidelberg

A 420-hectare stretch of land used for agricultural purposes lies between the four Heidelberg districts of Bahnstadt, Patrick-Henry-Village, Pfaffengrund, and Kirchheim as well as Eppelheim.

Heidelberg is growing and people are increasingly using the area during their leisure time – just as agriculture, too, is in a process of constant change.

The objective of the Agricultural Park project, which is designed as a process, is to identify the desired usages and conflicts, interface them and arrive at a vision developed together.

The large number of property owners and of users means change can only be realized with a network. To this end, an initial concept was devised through intense discussion and a workshop process with local residents, farmers, and interested members of the general public, and a study of the fundamentals completed. In 2019, the district council tasked the administration and IBA with developing and audit and planning report in order to translate conceptual ideas into guidelines for discussion. Developed by Munich’s Bauchplan practice, the report will now serve as the basis for the forthcoming civic participation and will be further elaborated in a second phase. 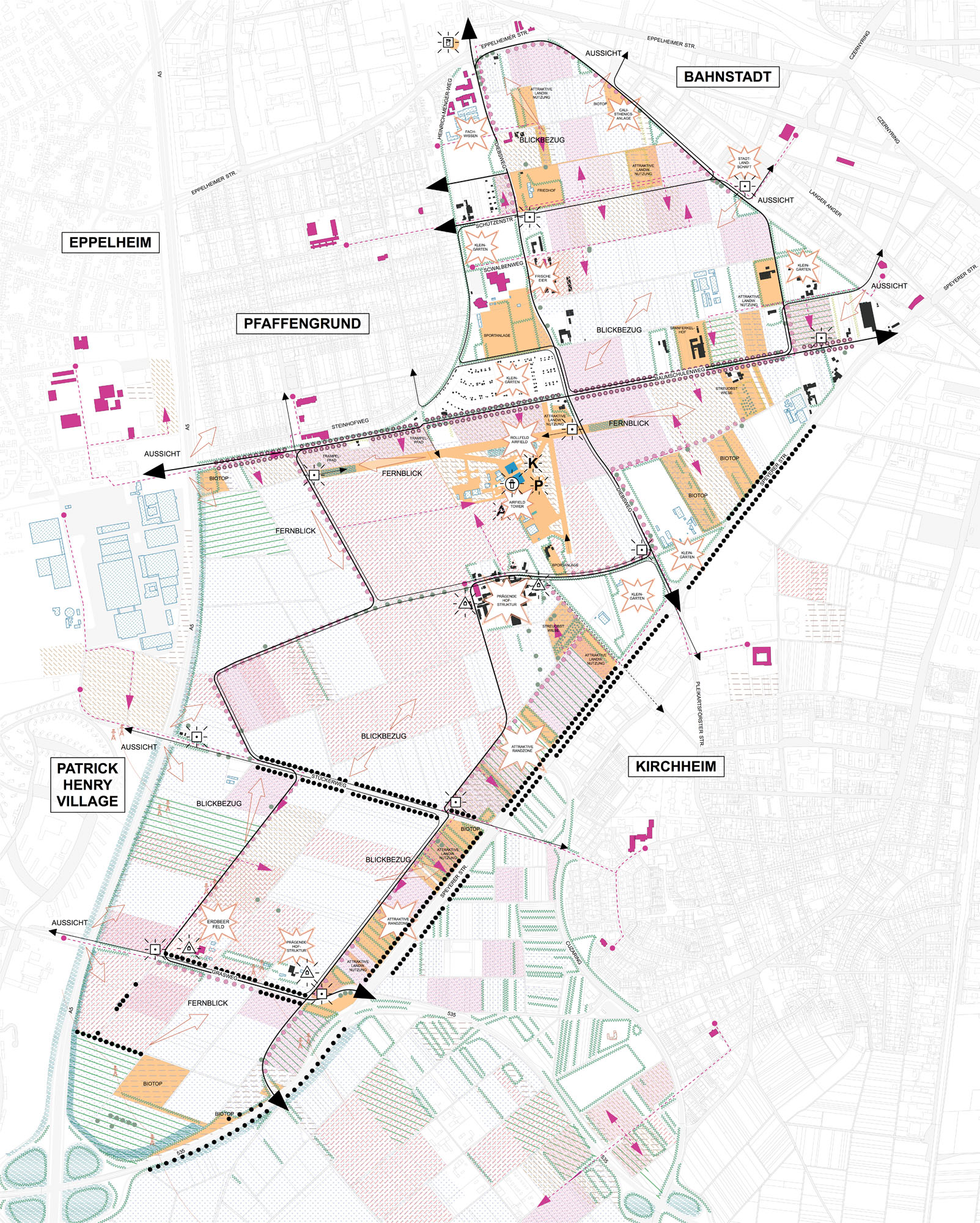 The Agricultural Park will show how existing economic and material cycles can be intensified further. The goods produced here are in part already being sold directly to customers. The Agricultural Park is intended as a »display window« where you can see how foods can be produced more efficiently and in an eco-friendly way. New agricultural methods developed from the idea of a circular economy and energy generation will be tested here and showcased. The centrally located airfield once used by the US Army has been incorporated into the ideas, and its new usage will derive from the context of the Agricultural Park.

The plan is for loop roads of different sizes to access the park to avoid conflict with agricultural vehicles. Trees and shrubs will be supplemented, and an historical avenue of mulberry trees restored. At different points, people will be able to view information on the park and its agricultural use. Some of these stops will feature lookout platforms, others mark the park entrances.

The idea is to develop and gradually realize the Agricultural Park in coming years together with the farmers and the city’s inhabitants. The goal is to work with the local players involved to create a special outdoor world for the urbanites and at the same time ensure a stable operational and business structure. Here, the shift away from mass industrialized farming will be visualized and civic society and farming will mutually support each other.

The move away from mass industrialized farming will only be successful if people can trust farmers. Farming must also be respected. This project seeks to achieve both while driving new methods for sustainable agriculture. Farmland is deliberately opened up here as a space for leisure time activities and relaxation, where agriculture on the city limits will be showcased and can be experienced in future.

Nominated as an IBA Project

Used as a theme for final-year projects at TU Berlin

Start of the network of players, workshop phase

Brochure published by the network of players

Corona pandemic leads to the District Council postponing the project

Completion of the development strategy Phase 1