Since the 1960s, the House of Youth has effectively contributed to the integration of people across age groups with diverse educational biographies and from various city districts; it is a place for experimentation in various leisure activities and lifestyles.

»The Haus der Jugend in Heidelberg lives from the wide range of activities it offers and the success of bringing together young people from all districts and backgrounds. The next logical step should be to provide a spatial update not only to the house, but also to the fragmented open spaces of this central school campus.«

Built in the context of US re-education after the Second World War, the building is worn out and is giving way to a new building. Atmospheric, multifunctional rooms are intended to attract children and young people from all over the city. The area connects the Weststadt with the Südstadt; the architecture and open space design will be decisive for the effect on the Mitte school campus.

In an elaborate, experimental process of youth participation (including WhatsApp conversations), the spatial program was coordinated. In cooperation with the IBA it became the basis for an international, two-stage project competition. Additional open spaces with a cross-linking function were integrated into the process as a part of the idea. With over 90 works from Germany and abroad in the first phase, and 19 works in the shortlist, the competition shed light on the demands of a youth institution in the 21st century. The competition was won by the young, internationally experienced architect Sebastian Murr (in collaboration with landscape architect Dietmar Lennartz). Their scheme offers independent spatial qualities to various user groups from the fields of dance, theatre, music and many others. Furthermore, it empha- sizes diversity within unity — a house of houses. 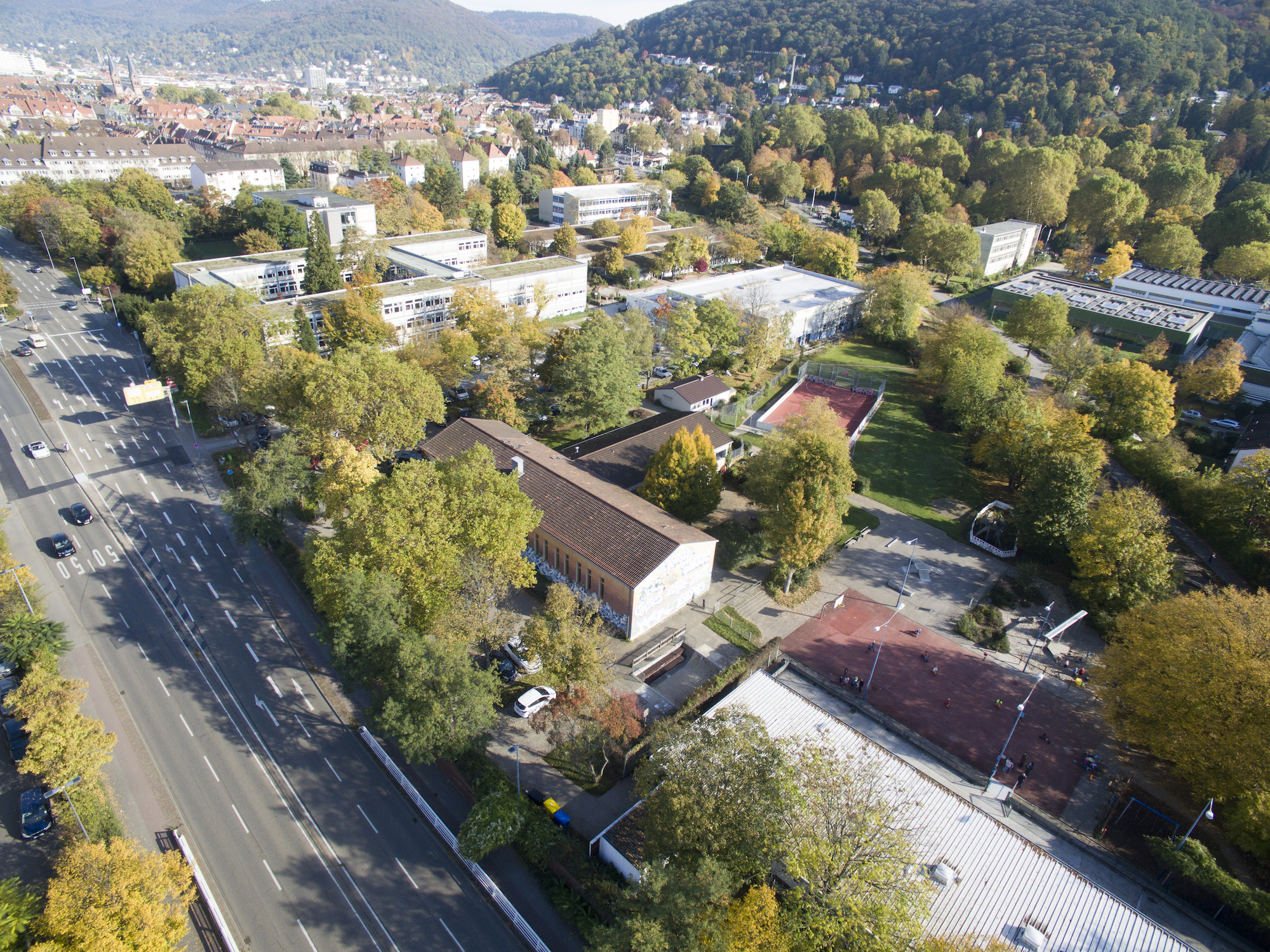 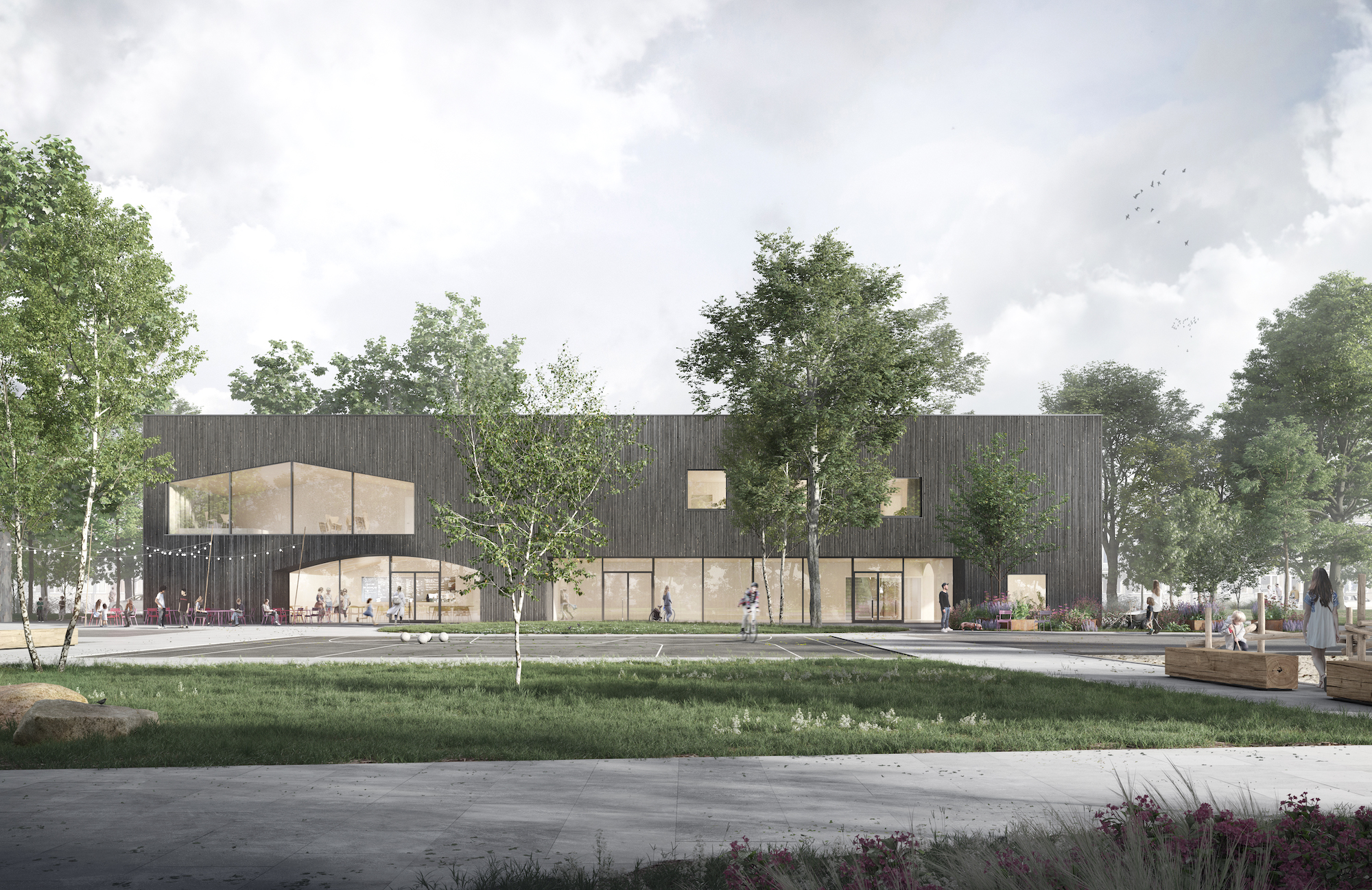 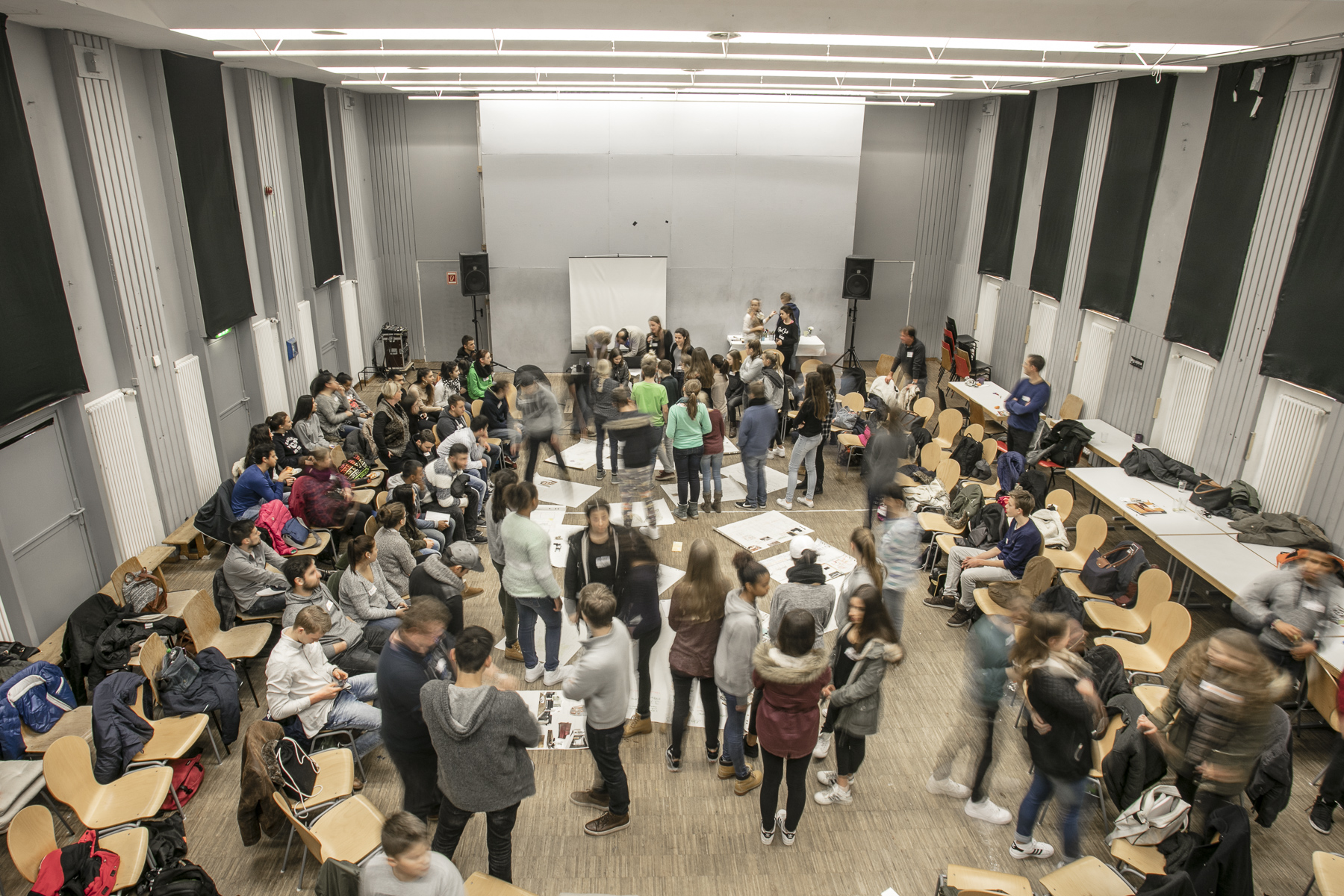 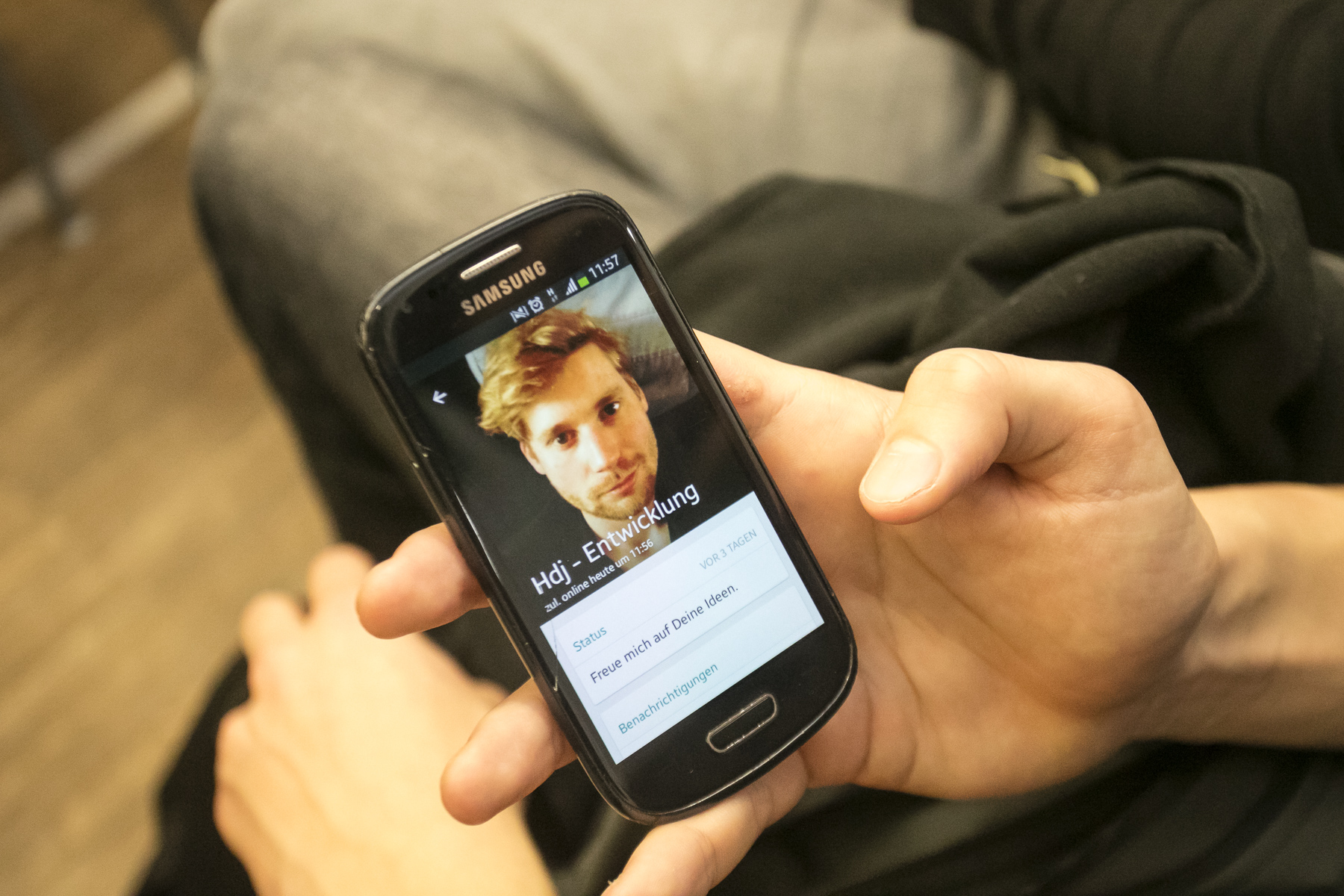 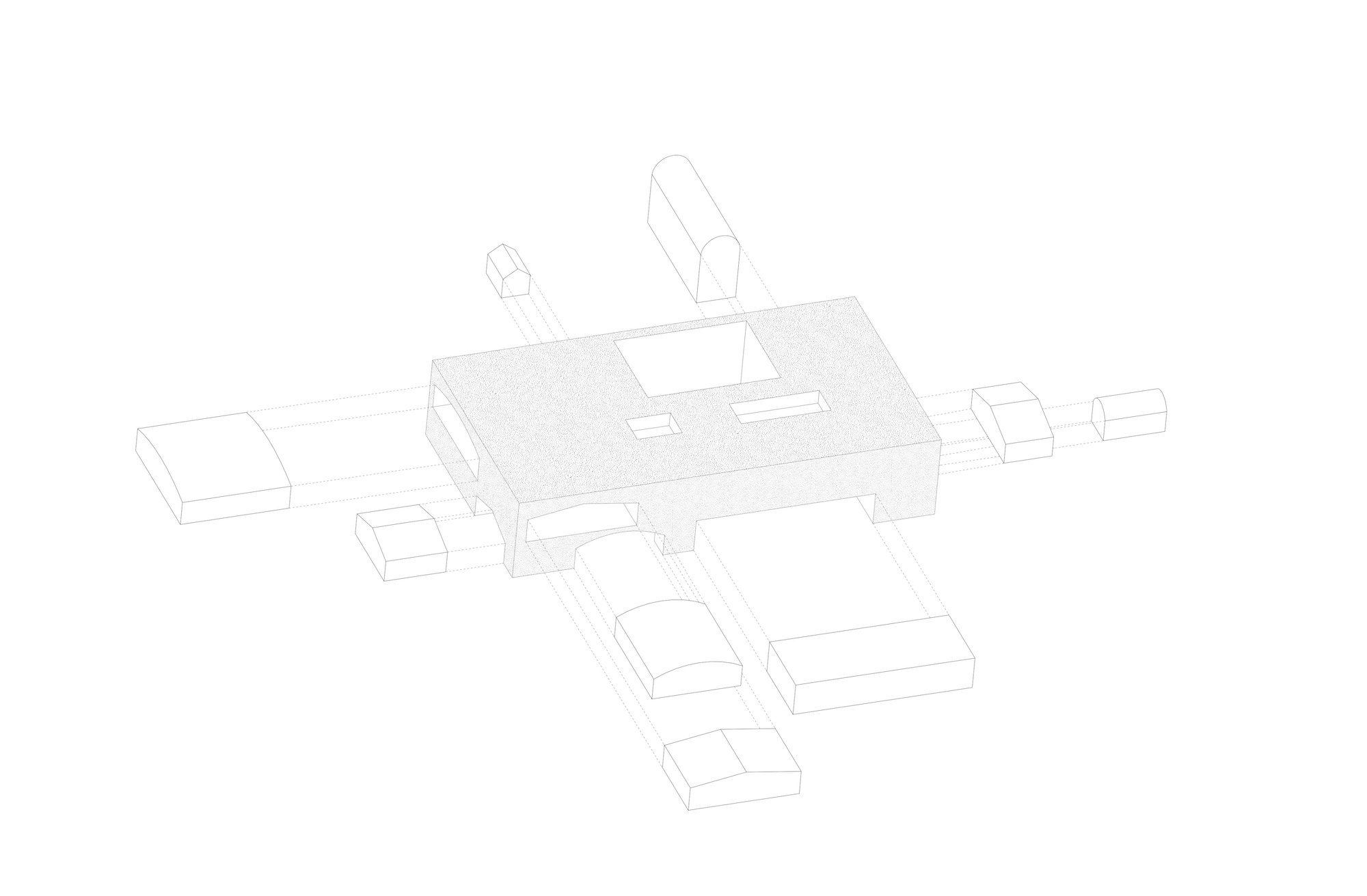 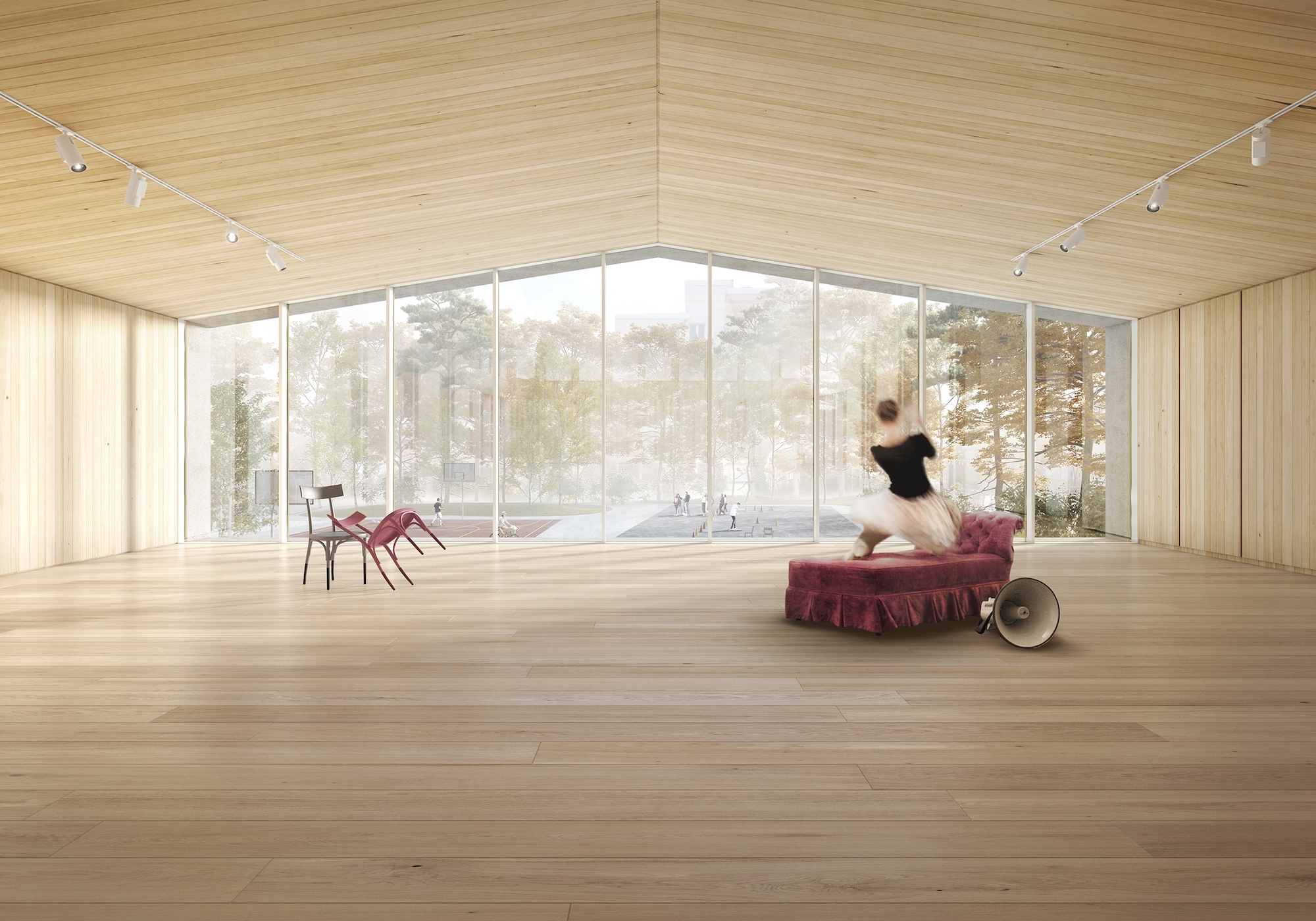